Rage-Goddess, sing the rage of Peleus’ son Achilles,
murderous, doomed, that cost the Achaeans countless losses,
hurling down to the House of Death so many sturdy souls,
great fighters’ souls, but made their bodies carrion,
feasts for the dogs and birds,
and the will of Zeus was moving toward its end.
Begin, Muse, when the two first broke and clashed,
Agamemnon lord of men and brilliant Achilles.

What god drove them to fight with such a fury?
Apollo the son of Zeus and Leto.

mɑνιν һеееееὰὰ Πιληϊαδέω Αχίλιαςος
all the same, ἣ ρί χ χ χ χ ς ς ‘θηκε θηκε θηκε,
many of the last two psychic illnesses
That son of a bitch was eating
it is a statute,
as soon as you did
Blood of men and women.
did the daughters of God go out to fight?
Let us say, O ye son of God, O king of the bullocks
no matter how army is evil, he chooses not folks, 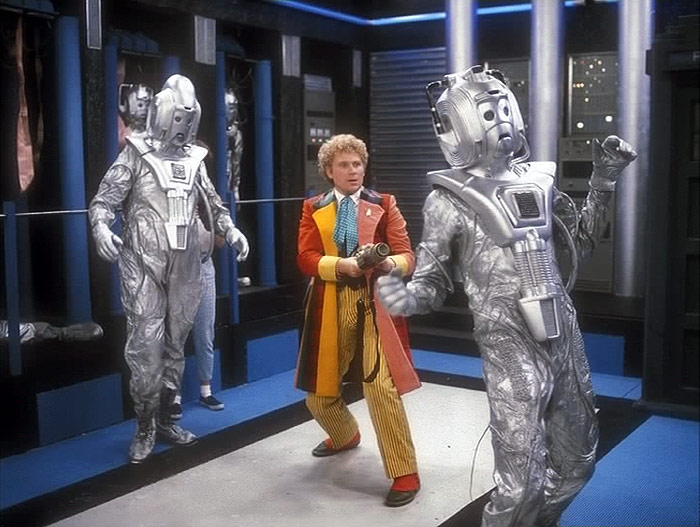 Here is a paragraph from near the beginning of De la Grammatologie, translated by Google:

Whatever one thinks under this heading, the problem of language has probably never been a problem among others. But never as much as today has he invaded as such the world horizon of the most diverse researches and discourses the most heterogeneous in their intention, their method, their ideology. The very devaluation of the word “language,” all that, in the credit given to it, denounces the cowardice of the vocabulary, the temptation to seduce at little cost, passive abandonment in fashion, -guard, that is to say, ignorance, all this testifies. This inflation of the sign “language” is the inflation of the sign itself, absolute inflation, inflation itself. Yet, by a face or a shadow of herself, she again beckons: this crisis is also a symptom. It indicates, in spite of itself, that a historico-metaphysical period must finally determine as a language the totality of its problematic horizon. It owes it not only because everything that desire had sought to wrest from the play of language is taken up again, but also because, at the same time, language itself is threatened in its life, helpless, disoriented To have no limits, to return to its own finitude at the very moment when its limits seem to be effaced, at the very moment when it ceases to be reassured upon itself, contained and bordered by the infinite signified which seemed to exceed it.

And here it is translated by scholar and philosopher Gayatri Chakravorty Spivak:

However the topic is considered, the problem of language has never been simply one problem among others. But never as much as at present has it invaded, as such, the global horizon of the most diverse researches and the most heterogeneous discourses, diverse and heterogeneous in their intention, method, and ideology. The devaluation of the word “language” itself, and how, in the very hold it has upon us, it betrays a loose vocabulary, the temptation of a cheap seduction, the passive yielding to fashion, the consciousness of the avant-garde, in other words—ignorance—are evidences of this effect. This inflation of the sign “language” is the inflation of the sign itself, absolute inflation, inflation itself. Yet, by one of its aspects or shadows, it is itself still a sign: this crisis is also a symptom. It indicates, as if in spite of itself, that a historico-metaphysical epoch must finally determine as language the totality of its problematic horizon. It must do so not only because all that desire had wished to wrest from the play of language finds itself recaptured within that play but also because, for the same reason, language itself is menaced in its very life, helpless, adrift in the threat of limitlessness, brought back to its own finitude at the very moment when its limits seem to disappear, when it ceases to be self-assured, contained, and guaranteed by the infinite signified which seemed to exceed it.

If it were simply nonsense, cooked up by a con man, signifying nothing, there ought to be no difference in the comprehensibility of these two paragraphs, shouldn’t there? I could, jokingly, pull together meaning from the machine translation, assemble some ideas from it’s bad translation, and perhaps wax poetic on some combination of words that would not have arose from an intentional mind… But why bother, unless I found it fun? 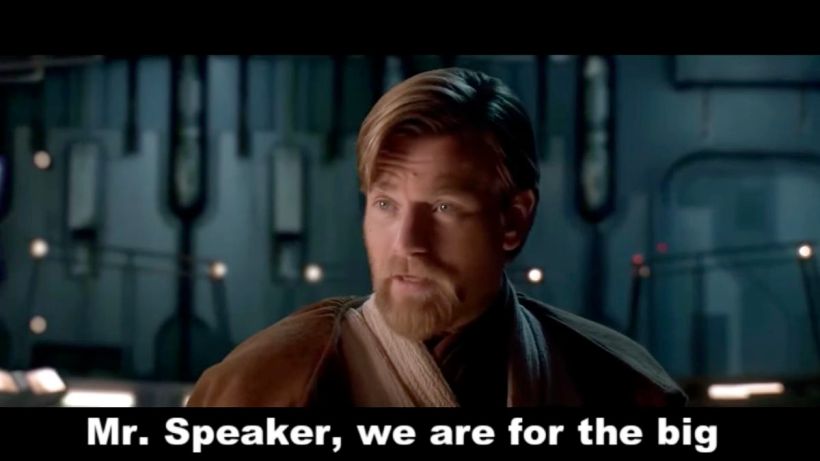 Revenge of the Sith is not the best Star Wars movie. It has wonderful visuals, an interesting story, and some really nice action sequences, but it is bogged down by some strange directorial choices, some odd dialogue choices, and the occasional poor acting performance.

Backstroke of the West, on the otherhand, is just brilliant. I’m well aware it was made as a joke. The film was purchased as a Chinese bootleg, translated into Chinese, and then back into English, with all the attendant “engrish” and strangeness that comes from bulk machine translation. Some enterprising souls then dubbed the entire thing over an HD copy into the form above. On a surface level, it’s a silly curio, taken to an extreme level. Years back, Vader’s “No!” translated as “Do not want!” was a series of memetic images that floated around the internet, and this, no doubt, is just as quotable.

However, sitting there and actually watching it, once I got into the movie, after the opening crawl and once the novelty began to wear off, I began to really enjoy it. It was like watching the film again with a fresh pair of eyes and ears. It’s one thing when you’re watching a film that was obviously in another language — even as a child, I was under no illusion that the Godzilla movies were originally in English, and that’s why people’s mouths didn’t match the dialogue — but to export it into a feature length science fiction film, it managed to give the distance and foreignness that most sci fi is simply lacking. I could actually pay attention to the movie, rather than worry about the acting or nitpicking details.

Let me explain further: there is no logical reason why characters in Star Wars should be speaking English. It’s possible, of course, that the intergalactic lingua franca just happens to sound exactly like English, but there’s no in-universe reason why the characters all speak late 20th century American and British accented English — Star Wars isn’t one of those franchises where it’s revealed at the end that Luke and Leia are actually Adam and Eve, or that Tattooine is really Mars after a devastating collapse caused all of humanity to leave Earth. In fact, Star Wars is explicitly set in the past, “A long time ago, in a galaxy far, far away”. It is for our convenience as movie viewers that the films are presented in our native languages.

Movies use this sort of shorthand all the time. One famous example is in 1987’s Dirty Dancing. The film is set in 1963, and yet Jennifer Grey and Patrick Swayze’s final dance number is to Bill Medley and Jennifer Warnes’s Academy Award winning (I’ve Had) The Time of My Life, a decidedly contemporary track that became one of the most iconic late 80’s songs. It’s a song  that literally could not have been composed or produced in 1963, due to its use of synthesizers, drum machines, vocal processing, etc. Yet we literally see a character put on a 45 before Swayze takes the stage. They aren’t dancing to silence. They could have used a more contemporary track; there’s a wealth of music from the 60’s that would have been appropriate. But in an attempt to convey the feeling, energy, and passion between the characters, the director and producer used a very modern song to keep the sequence from feeling nostalgic or old. Watching them dance to Time of My Life better conveys to the audience how it would have felt to have them dance to something from the 60’s, realism be damned.

And so, having the characters in Revenge of the Sith speak at a remove, in a slightly more alien tongue, actually helped make the film a more enjoyable experience. You can’t quite understand exactly what’s happening, except for the parts that are perfectly clear. The words are recognizable, but not coherent. You’re forced to focus on the visuals and expressions, rather than vocals, and exposition is cut down to almost nothing.

The result is an emotional rollercoaster, a film of violent pathos, a tragedy of anguish and heartbreak. Gold and Ratio Tile simply cannot find equal footing with one another, despite The Plum Of’s attempts to reconcile them. Mr. Speaker’s takeover is awful in it’s inevitability. The fall of the Presbyterian Church seems destined, because the Hopeless Situation Warriors cannot see the trouble before their own faces. Had they put a little more trust in Gold, perhaps it would not have been so, but they did not, and thus the West conquered all, without the people even noticing.

I’ve always said that there was a good movie hiding inside Revenge of the Sith. It just took a quirk of translation to find it.