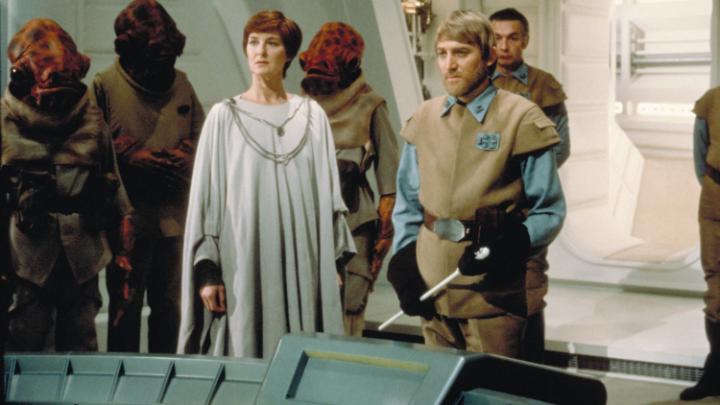 Canon is pretty funny to discuss.

For example, what’s that lady in white’s name?

It’s Mon Mothma, obviously, and she’s about to tell us about how many bothans died to get the plans for the second Death Star.

But her name isn’t actually used in Return of the Jedi. It is mentioned once in Revenge of the Sith, and she’s in the Clone Wars cartoon, but those came out over 20 years later. We all learned it somewhere, through osmosis, through fan transmission, through the strange ways that we communicate knowledge to one another on the playground, on the internet, in the letter pages of fanzines…

But, during that interregnum, what counted as good enough evidence that her name was Mon Mothma? What counts as “canon”?

The ending credits, which aren’t a part of the narrative?

The shooting script, which isn’t part of the film at all? 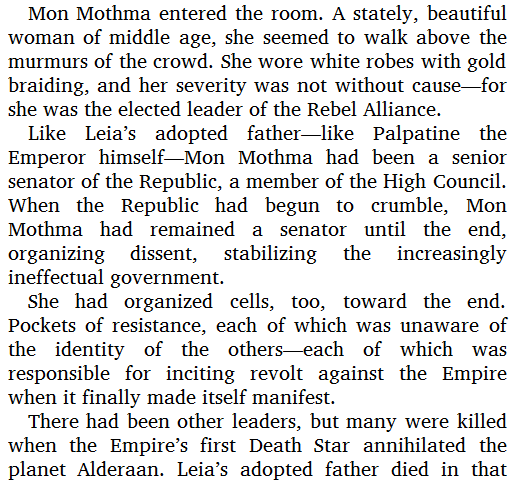 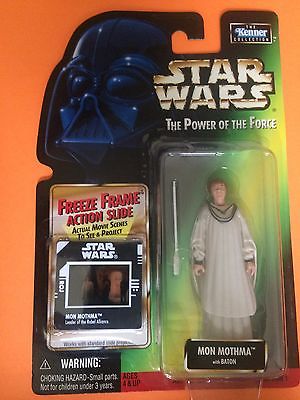 Signed photos from the actress herself? 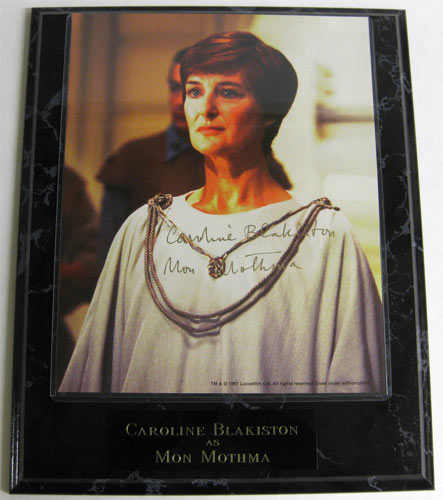 I would submit that, rather than worrying if we have to accept that Art Carney is a member of the Rebel Alliance if we also want Chewbacca to have a family, it doesn’t actually matter where the information comes from, provided it makes for a better and more interesting story, and a more rewarding experience interacting with the film. Sometimes it’s trivia, sometimes it makes a big difference, and sometimes it’s meaningless.

More, of course, on this topic to come…